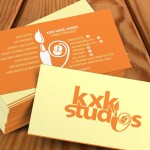 Nigerians are excited that their adorable reality TV show, Big Brother Naija has finally retraced its steps back home with this year’s edition tagged: ‘Pepper Dem’.

The show debuted in Nigeria in 2006, featuring 14 young and vibrant fresh faces like Katung, Francisca, Ify, Sandy, Frank, Joseph and Helen. Others were Gideon, Maureen, Joan, Chinedu, Yinka, Ichemeta, and Ebuka, who in the last two seasons, has been the show anchor.

Tagged: ‘Double Wahala’, the 2018 edition almost caused ‘wahala’ for Multichoice, the show producer, as there were calls for the return of Big Brother Naija to Nigeria. Viewers took to social media to vent their anger over a Nigerian show holding in a foreign country, and as a result enriching such a nation.

Even the Federal Government of Nigeria weighed in on the issue with the Minister of Information and Culture, Alhaji Lai Muhammed directing the Nigerian Broadcasting Commission (NBC) to determine whether Multi-choice, by producing and airing the show from South Africa, had breached the law.

It was, therefore, a relief for many Nigerians when Multichoice announced the return of Big Brother Naija to Nigeria. Speaking on the development, Martin Mabutho, Chief Customer Officer of Multichoice, said: “It made sense that we bring it here. The first one we did was ‘See Gobbe’, and ‘Double Wahala’ last year eclipsed ‘See Gobbe’… it was completely flawless. Now at that state, we said there’s no doubt that bringing the show to Nigeria would be the right decision. It would be worth the investment and it’s exciting for us. Corporate Nigeria and sponsors have latched onto it in a big way so, in my view, it’s going to be bigger than all the shows we have ever done.”

But then, what does the homecoming of Big Brother mean for Nigerians economically? While focusing primarily on entertainment, the show has a multiplier effect that resonates across industries and value chains, with significant impact on the nation’s GDP that currently stands at $397.472 billion.

The gains accrue in sectors as far-flung as entertainment and telecoms, fashion and hospitality, tourism and media with significant opportunities for local and international brands to reach a continental-wide audience and a key demographic group. For instance, last year, the show recorded 170 million votes, providing huge revenue earnings for the telecom providers. The winner is determined via votes cast through text messages or online. Votes via text cost N30 each. So, conservatively, if 10 per cent of the 170 million votes were cast via SMS that is 170 million multiplied by N30!

Secondly, a show like Big Brother Naija requires an army of cameramen and technicians, the production crew who are lodged in hotels and catered to. In addition to this are DJs, artistes and the media who are flown in to play one role or the other at the event, most especially, the eviction weekends. The show runs for three months, so each week, the hotels and airlines reap bountifully.

Now, with the return of Big Brother Naija to Nigeria, jobs have not only been reclaimed, the country has also earned huge revenue. Therefore, Big Brother Naija’s homecoming is a step in the right direction with evident boost to the nation’s economy.

Get ready for Gulder Ultimate Search 2021

Airtel committed to superior data experience with The Rainmaker